Past and future of central bank cooperation

Some of our favorite blogs

Our favorite site on gold and a general overview of it

Has frequent excellent comments on technical analysis, quite educational.

Texas ratio, may be helpful

We know of few if any sites that compare, and none that are mostly free.

Covers many stocks, and most US and Canadian exchanges. Do your own due diligence!

View from the peak

Value of Gold vs. the Dollar

What Most Investors Don't Know About Gold and the U.S. Dollar

Ben Steil of the C.F.R. on one of the very biggest issues

What banks, academics, the media and politicians don't tell you about money (truly excellent, but quite long)

Three Peaks and the Domed House

Quite a track record of top calling...

Chris Martenson's crash course to catch up with the key truths

Why the Federal Reserve Violates the U.S. Constitution

The Pompous Prognosticators Hall of Fame

Was he assassinated because he opposed the Fed?

Weights, fineness, etc. on many coins

Liberty and justice for some

Milton Friedman on greed and capitalism

A very good article on the basics, plus an explanation of 'the synthetic short dollar'

Basic Economics: A Citizens Guide to the Economy - Thomas Sowell

A 2003 speech by member of the Policy Board of the Bank of Japan (hat tip to Eric at iTulip.com)

"The prescription for 1930s' type debt deflation has been proposed by, among others, Bernanke and Gertler (1990). The financial accelerator problem may be dealt with by transferring income to debtors with promising projects, at least to the extent that such projects and borrowers are identifiable. The same thing may be said about banks. Macroeconomic policy can take care of general price deflation."

"The case of Japan since the 1990s is more complicated. As I have hopefully made clear, the deflation of general prices has not been the major problem. Instead, asset price deflation and its interaction with the financial system and the economy have been at the core of the problem. There are two views on the asset price deflation of the period. One view holds that the bubble of the late 1980s had to burst. The other recognizes a secular decline in the return on capital starting sometime in the late 1980s and associated declines in asset prices and investment. The two are not inconsistent with each other, but mutually reinforcing. The second view seems to need the first to explain the temporary rise in asset prices. The two differ in their estimates of where prices will end up, but are in accordance in claiming that adjustments in asset prices and investment were inevitable. To be sure, the negative accelerator story suggests that the economy and asset prices may fall further than is necessary. Hence, beyond a certain point, policies to support asset prices may be justifiable. It would, however, be difficult to determine whether the economy had reached such a stage. Also, a more fundamental policy response would be to address the problems of the financial system and other inefficiencies in the economy."

A review of "Debt & Delusion"

An excellent article by Robert Blumen

Perceptions of Corruption in Asia

The American form of government

Very broad coverage on many topics

Debunking third-world myths with the best stats you've ever seen

Who owns the Fed?

World perceptions - which countries are the most corrupt

Monetary Episodes from History, partially a story of gold & silver

Monetary History from Ancient Times to the Present Day, another story of gold & silver

The Middle Class on the Precipice

22 Reasons Why Hedge Funds Stink For the Average Investor

Article from The Hedge Fund Reader

What sort of despotism democratic nations have to fear

The Fate of Paper Money

History of all Paper Money

Gold as an investment (Wikipedia)

"Strategic Siege" in the Great Game


(Do your own due diligence before purchasing!)

Dillon Gage
PMR
(Do your own due diligence!)

(Do your own due diligence before purchasing!) 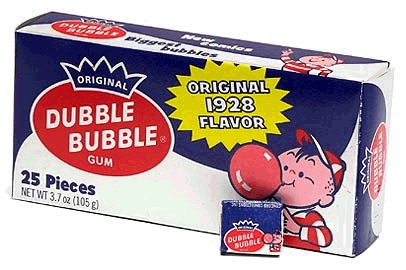